There exists a war in American culture between those who take religion seriously and those who see it as the “opiate of the masses” to be regulated and changed at the public’s whim. In fact, the idea that the public, through the almighty hand of the government, should steer religion, is what the majority in Hobby Lobby sought to contest – albeit subtly. By tiptoeing around the Constitution, the majority missed an opportunity to strike a loud blow for both people of faith and the First Amendment. 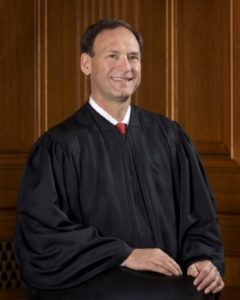 Written by Justice Samuel Alito, the majority ruled that because of the Religious Freedom Restoration Act (RFRA), which was passed on the heels of Oregon v. Smith (1992) in 1993, the government must prove that anything which can interfere with religious exercise is done by “the least possible restrictive means.” In other words, if the government compels a person (or corporation we’ll get to that in a moment) to violate their religious beliefs, thus violating the First Amendment’s Free Exercise Clause, it must prove that its demands come only after all other reasonable avenues have been exhausted.

As is well known, three corporations (Hobby Lobby Stores Inc., Mardel, Inc., and Connestoga Wood Specialties) morally objected to providing insurance that would allow free access to contraceptive devices that would cause abortions. Under the Affordable Care Act (ACA), such businesses would be required to provide such insurance – or face million-dollar penalties from Uncle Sam. The corporations, not wanting blood on their hands or consciences, brought suit and protested their forced collaboration.

The Court, in an understated and timid response, found that the defense of conscience was found in the understanding of corporation in RFRA.

Instead of relying on an examination of the Free Exercise Clause, Alito instead relies on a legal definition of corporation that he finds in a law called the Dictionary Act. In 1871, Congress passed the Dictionary Act, which stated that courts must use the definitions found therein in their court decisions. Completely unbinding, the Court has picked and chosen when it wants to use the Act for more than 140 years. According to the act, a person can be defined as including the term “corporation.” Since citizens exist and have certain rights under law, corporations do as well. One can hardly forget Citizens United, which spent pages detailing this concept.

Corporations are people, or groups of people, and are therefore subject to the same rights and protections under the First Amendment as any individual. RFRA provided religious protection, and according to Alito, this is the linchpin in the decision. RFRA has not been overturned, and therefore stands as law under the Constitution.

Interestingly enough, Alito has almost always avoided big Constitutional decisions. Hobby Lobby is par for the course. Instead of any possible controversy about the Free Exercise Clause, he stayed with definitions and RFRA. Alito hopes we understand the larger First Amendment implications through a discussion of corporate relationships to RFRA. Instead of a full-throated defense of the Free Exercise Clause, which in reality is what RFRA is, Alito defers to what hasn’t yet been overturned. He ends the opinion: “The wisdom of Congress’ judgment on this matter is not our concern. Our responsibility is to enforce RFRA as written, and under the standard that RFRA prescribes, the HHS contraceptive mandate is unlawful.”

John Adams Center Board Member Peter Lawler has a brilliant essay at Liberty Law Blog on the behavioral notions that underlie the Court’s decision. For him, the Court’s decision was understandable and predictable because it seeks to prove that the Court has been consistently minimal in its religious decisions in order to achieve a consensus. I think he is correct on this. He is also relieved that the Court in Hobby Lobby continued to adhere to its minimalism as opposed to the ugly alternative of judicial maximalism. While I agree that restraint is the lesser of two evils, in this case I would disagree. That the Court is a political body is apparent to everyone, but where the issue is so clearly tied to a Constitutional provision, the Court should loudly invoke it. Calling on the First Amendment, which is what Alito should have done, would not have been maximalist – instead it would have been part of judicial duty. As Chief Justice John Marshall declared in Marbury: 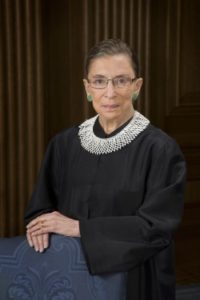 Nothing will be gained in the long term by judicial handwringing of Constitutional issues in favor of Congressional legislation. Even Justice Ruth Bader Ginsburg believed that the Court relied almost entirely on a skewed reading of RFRA (where, in her opinion, it should have been relying on the ACA’s panel of experts (whom she cites)). Both decisions in the case are decidedly lackluster when it comes to the Constitution and instead focus too much on which law the decision should be based on.

Far from a serious appeal to the Constitution, Ginsburg opens her opinion with a number of statistics about the cost of women’s healthcare. The Affordable Care Act (ACA), she notes, was amended to allow for women to receive more services to answer for their greater needs during childbearing-eligible years “without cost sharing.” Interestingly, she couches this in health issues, which is, of course, a valid concern, and women do have a disproportionate challenge during their childbearing years. She also notes, “the mandated contraception coverage enables women to avoid the health problems unintended pregnancies may visit on them and their children.” If abortions for health problems were the only kind covered by the ACA, most people and religions would likely agree to the coverage. However, as most Americans are aware, there are plenty of other reasons women can get abortions and this is the cause of much of the religious objection.

Ginsburg’s argument does attack the majority opinion with some heavy and relevant firepower when she begins to chip away at the outdated definition of corporation. She explores the potential problems of limiting exemptions based on such a selective definition, and Alito’s direct response, that these exemptions are only limited to the case at hand, leaves much to be desired.

Perhaps the most disturbing facet of Ginsburg’s dissent isn’t that it relies on the idea that free contraception is a right, but that it relies wholly upon the ACA and its panels of experts. For Ginsburg, this is far more important than considerations of religious freedom in the Constitution. Indeed, her argument is really over science vs. religion. In a final flourish, she feigns being a friend to religion by saying she believes courts should stay out of such sticky religious considerations and exemptions. However, her opinion demonstrates how she would keep the Court out of such sticky decisions: let both popular opinion and the government dictate the practices and limits of religion. This is everything the First Amendment was ratified against.

In conclusion, Hobby Lobby had a chance to make a big noise in defense of religious freedom but instead reined itself in. Whether it was to gain a majority consensus or not, the decision lacked a strong defense of Constitutional religious freedom it could have reestablished. The decision was still a victory, but perhaps a short-lived one. Once RFRA changes or is challenged in Court, the playing field will be changed. Hopefully by then the Court will finally be able to loudly proclaim what the Constitution already says.

Guy F. Burnett writes for the John Adams Center and is an assistant professor at Hampden-Sydney College. He teaches Constitutional Law, American Government, and Political Philosophy. His next book, focusing on Kelo v. New London, will be available soon from Lexington Books.