The newspapers are filled with articles about the lightning fast advances of ISIS (The Islamic State of Iraq and Syria) in northern Iraq in recent weeks. Mosul has fallen and vicious Sunni extremists have approached as far as the outskirts of Baghdad. The dream of a Sunni caliphate run by armed extremists is no longer a laughing matter. And Iraq’s future as a unitary state is in question as never before. The discerning observer cannot help but question the wisdom of the American investment of blood and treasure in a country riven by sectarian and ethnic divisions and resistant to anything resembling secular democracy and a rule of law state. 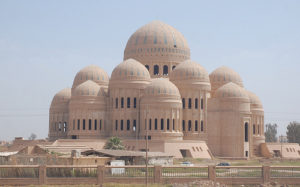 At a minimum, President George W. Bush’s project for regional transformation, even global democratization, is in shambles. Some of us argued all along that it was based on ‘unconservative’ premises, that it ignored the sheer recalcitrance of culture and religion in parts of the world resistant to the imperatives of what Roger Scruton suggestively calls “territorial democracy.” President Bush, a decent man through and through, certainly exaggerated the love of liberty as the primal impulse of the human soul. Some conservative observers have blamed the Obama administration for not trying harder to work out a status of forces agreement that would have left a small but significant American military presence in Iraq. They are probably right. But Peggy Noonan has rightly suggested in The Wall Street Journal (June 21-22, 2014) that those who were so wrong about the prospects for regional and democratic transformation ought to approach the question with far greater humility. None of this is to suggest that the United States ought to sit back and allow unscrupulous, nihilistic terrorists from coming to dominate a larger part of the Levant. It is to say that conservatives need to have a vigorous debate about foreign policy, one where the alternatives are not exhausted by Senator Rand Paul’s neo-isolationism and Dick Cheney’s version of “peace through strength.” One vision ignores America’s vital interests, the other exaggerates our ability to ‘police’and transform the world.

What is needed is a conservative realism that is willing, when necessary and prudent, to use force against the deadly enemies of civilization. At the same time, the party of prudence does not look for enemies where they do not exist. A classic example is the insistence on the part of some neo-conservatives and foreign policy hawks that nothing has changed in post-Communist Russia, that Russia remains a “KGB state.” This claim does not hold up to critical examination. Russia would like friendly states in its backyard but it does not pursue an ideological foreign policy. It has been a mistake to expand NATO ever further to the east as if that was not a threat to Russian interests. If The American Conservative errs on the side of excessive hostility to the use of American power in the world, it has had a better feel for the realities of post-Communist Russia than The Wall Street Journal editorial page and The Weekly Standard. The latter have succumbed to a Russophobia that knows no bounds. They have confirmed the great Aleksandr Solzhenitsyn’s fear that many American anti-Communists hated Russia more than they despised or understood the ravages of Bolshevism.

My advice is: Let the debate begin. The party of conservative prudence needs to break down the prejudices that have crystallized into rigid and untenable conservative polarities. We defend a sovereign United States, are skeptical of European humanitarianism and neo-pacifism, do not look for unnecessary fights with a non-Communist Russia, and are willing when necessary to take on the jihadist enemies of civilization. But we do not aim to remake the world and we know that cultures and civilizations have a remarkable staying power that bombs and marines cannot readily overcome. The party of conservative prudence is also sensitive to the premodern roots of western liberty and thus are acutely aware of the limits of exporting our precious liberty to places that lack its crucial prerequisites. Conservative prudence combines ardor and moderation and wants something between an imperial republic and fortress America. Mostly it wants conservatives to think and not to rely on tired cliches and hoary prejudices that are no substitute for an authentic debate about a foreign policy worthy of a great republic.

Daniel J. Mahoney holds the Augustine Chair in Distinguished Scholarship at Assumption College in Worcester, MA. He is the author, most recently, of The Conservative Foundations of the Liberal Order (ISI Books, 2011) and The Other Solzhenitsyn: Telling the Truth about a Misunderstood Writer and Thinker (St. Augustine’s Press, 2014).