While on his British Antarctic Expedition in 1910, explorer Dr. George Levick observed the behavior of an unusual species of penguin. What he discovered shocked him so much that he wrote an entire pamphlet on his discoveries, but did so in Greek so that only a select few within the British scientific community would understand what he had found. Published with little fanfare in 1915, the pamphlet was recently rediscovered and finally translated into English – revealing that the Adélie Penguins’ Levick observed engaged in everything from rape to pedophilia, from homosexuality to necrophilia.1

And Levick is not alone in noting the brutality and perversity at play in the natural world. Despite our civilizations best efforts to sanitize the way it understands “Mother Nature,” discoveries abound which reveal the natural world to be a place utterly devoid of the constructs we call “morality” and “virtue.” Dolphins are well-known rapists; male lions murder the cubs sired by other males; ant colonies frequently launch wars against one another; and chimpanzees routinely cannibalize the young of neighboring chimp-tribes. Even casual observation of the natural world moves one to consider it a thing “red in tooth and claw” as Tennyson mused. 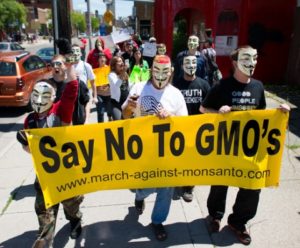 By the same token that which is “unnatural” is written off as inherently immoral. Hence the hue and cry over foodstuffs which contain GMOs, and hence the ill-informed panic surrounding vaccines. Though they would never dream of calling a termite mound or a rabbit warren “unnatural,” many now consider any impact humans have upon the planet to be profoundly and inherently unnatural. Even monogamy among humans has come to be counted a perversion and dismissed as contrary to the best interests of humanity simply because some philosophers, scientists or pundits have taken to calling it “unnatural.”3

Born seemingly of the Romantic Movement’s desperate attempts to counteract science’s disenchantment of the natural world in the 18th & 19th centuries, this conviction that Nature is purely good, beneficent and beautiful is an innovation native to our particular epoch. Those past civilizations which actually worshipped natural phenomena in their mad variety also frankly and openly acknowledged the savagery and perversity inherent in the natural world. They worshipped natural phenomena not because they believed them to be inherently good or just, but because they saw Nature as a force which could not be countered, a thing which needed to be placated lest it turn against them. The same Gaia who was grandmother to the gods was also the mother of titans and monsters. 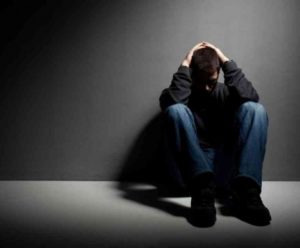 The implications of our thoroughly-modern form of nature-worship are immediately troubling. Depression, as well as suicidality, is often the result of natural processes within the human body and brain. Should the depressed or suicidal therefore be allowed to follow their “natural” inclinations? Should cancer patients be forced to endure the ravages of their disease, simply because cancer is a natural affliction? Should those genetically-susceptible to alcoholism or other chemical addictions be allowed to indulge those natural addictions to their natural conclusions?

The reality is that this dictum is still only spottily applied. For our part, we in the West have increasingly elevated Nature to a sacred, inviolable position – but then tried to imbue it only with those virtues we presently value and exclude from it all the vices which presently offend us. Homosexuality and masturbation are now regarded as “natural” and therefore seen as above reproach, yet they were previously regarded as “unnatural” and therefore condemned. And while many Americans and Europeans tut and fret over how “natural” their meals are, our cultures also revere such unnatural practices as abortion, chemotherapy, plastic surgery, the consumption of prescription pharmaceuticals, and even the use of birth-control. Despite the fact that all other species begin mating as soon as physical sexual maturity is reached, we have established legal “ages of consent” which rely on external, intellectual conceptions of “maturity.” And we increasingly project our modern understandings of “marriageable years” back into history, somehow simultaneously convincing ourselves that Nature is moral but that when we act as all other species act with regards to mating and child-rearing, we are mere slaves to an externally-imposed barbaric cultural construct. 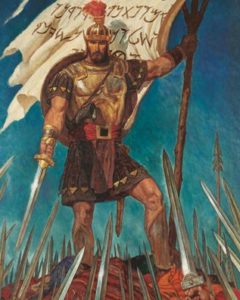 For Latter-day Saints, there can be no room for these contradictory dicta. There is no room for the torturous double-think of modern Western secular society which at once idolizes instinctual behavior and despises its outcomes. Salvation, liberation and exaltation come solely through the Atonement of Jesus Christ and the power of our loving Heavenly Father. We as a people need to stop letting ourselves infer morality from the natural world and start realigning ourselves with the morality set down by the natural worlds Creator. After all:

“the natural man is an enemy to God, and has been from the fall of Adam, and will be, forever and ever, unless he yields to the enticings of the Holy Spirit, and putteth off the natural man and becometh a saint through the atonement of Christ the Lord, and becometh as a child, submissive, meek, humble, patient, full of love, willing to submit to all things which the Lord seeth fit to inflict upon him, even as a child doth submit to his father.” (Mosiah 3:19)

What we need are morals and ethics, godly inspiration and divine guidance; otherwise we simply find ourselves floundering about between the Scylla of our nature-worship and the Charybdis of our moral relativism. Numerous animal species engage in polyamory, pederasty, etc. and that is used to justify such acts among humans; but numerous animal species also engage in rape, incest, necrophilia, cannibalism, war, torture, etc. and all of those activities are rightly condemned by the same people who endorse the others. Modern man now seeks to, as de Tocqueville said, lower humanity to the status of animals all while crowing as though he has made himself as the gods.4 Even the pagan philosophers Plato and Aristotle did not believe that human nature should be determined by the behavior of beasts, or even by the behavior of the lowest of humans. They believed that human nature was best exemplified in the quest to attain to the good through the pursuit of virtuous thoughts and actions. Strength and happiness come through discipline, self-control and a sincere desire to rise above one’s base, animal instincts.

Christians cannot look to the natural world to infer from it morality, for it fell with our first parents when they partook of that which was forbidden. The natural world, violent, uncaring and amoral, is as fallen as humanity. Is there beauty and majesty in it? Without question! But that beauty and majesty will not redeem it any more than will the beauty of a supermodel or the majesty of an emperor. And they do not ameliorate its inherent brutality and cruelty. Though the secular society of our modern Western civilization will mock us for it, we must turn elsewhere for the strength and moral instruction which can help us truly live as the best and happiest people possible. In all Creation, humans alone seem to possess the capacity to fully rise above and subordinate our instincts; we are, as Nikos Kazantzakis noted, torn perennially between our two natures, the one mundane and the other divine. And it is only through embracing the latter than we can truly understand and master the former. For Latter-day Saints the rigors of discipleship will always necessitate choosing, not between the unnatural and the natural, but between the temporal and the eternal.

Ian Sundwall-Byers is a Ph.D. candidate in Religious Studies at Claremont Graduate University. He specializes in the history of Christianity with an emphasis in early Jewish/Christian relations.