We continue to see constant progress in reducing human labor to a mechanical routine, like the script followed by workers in chain restaurants or the swiping motion that’s pretty much the only skill left in staffing the Walmart check-out line. If you think about it, the compliant behavior required by the scripted service worker is, if anything, more about degrading mechanism than working on the old-fashioned assembly line. Once those who do the creative labor have reduced a task to a mechanical routine, then it doesn’t require that much more ingenuity to replace the worker by a reasonably “smart” and much more reliable machine, as you see in the self-service check-out line or in the innovative robotics that are mostly responsible for the astounding efficiency of the recently depopulated Amazon warehouses.  Just recently, the formerly proudly personal Panera Bread has announced its replacing cashiers with kiosks, and other fast-food chains are following their lead.

So the libertarian futurists like Tyler Cowen, Brink Lindsey, and Charles Murray candidly see that our future might well be about a “cognitive elite” of about 15% of our population becoming smarter, hugely more productive, and more astutely creative. That class is composed of people free from personal prejudice and readily capable of flexible and abstract thought. They have what it takes either to comfortably work with “genius machines,” to manage those who do that nerdily creative work on, say, the Google campus, or to creatively market the results of all that creativity.  (Cowen also imagines a small but lucrative place for enlightened economists such as himself who will be cheerleaders for that meritocracy based on productivity.)

That techno-creative class deserves what it’s getting—unprecedented wealth. Money is what is given in exchange for productive labor. Members of that class are given lots of creative freedom and flexible hours in determining how to accomplish their tasks, and they’re proving it’s possible to be wonderfully productive and have stable family lives and be consumers of all the creative, artistic, literary, and culinary accomplishments the great cultures of the world have given us to enjoy. It’s true enough that they’re too free of the repressive illusions that are the downside of being immersed in a particular religious/moral/political culture to actually be incentivized to build Gothic cathedrals, pyramids, or whatever, but they can still reproduce, manipulate, and combine the cultures of the world into creative technological artifacts that make dazzling — if not exactly profound — contributions to what they’ve been given.

Technology has given the world, as John Locke wrote — to the industrious and rational, and their labor or productivity is their title to it. Not only does the challenge of working with technological productivity make that cognitive elite smarter, it becomes smarter still insofar as it successfully isolates itself from the rest of society in real or virtual gated communities, inter-marries, and all that. Members of this elite, we’re told, understand marriage as a kind of contract for investing in the development of children. Their children, of course, are educated to be both productive and creative beings—and so they read classic books, take music and ballet, play soccer, and travel widely, as well as learn all about calculus and operating systems.

So Cowen imagines that our techno-future will soon give us a world in which a brilliantly creative minority of our population is extremely healthy, wealthy, comfortable, and stimulated by all the good things the world has to offer. The middle-class as we have understood it will wither away; “average,” as Cowen writes, “is over.” People without the intelligence or who are unable to acquire the complex skills required to work readily with genius “human capital” and genius machines will, if anything, be worse off economically. Their scripted work, depending, as it does, on the intellectual labor of others, will fall in value. 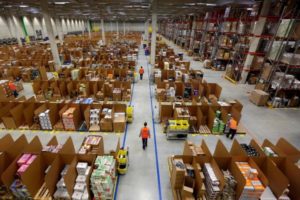 More and more of those who used to be in the middle will languish as marginally productive beings, if they work at all. We can all already see the consequences on family life when the relatively unskilled work of ordinary men is either more contingent and lower paying or disappearing altogether. Even conservatives, we notice, are writing articles about the proletarianization of the middle class, and some are even in agreement on the emerging facts, if not the values.

So at first we seem to see our population dividing into a creative technological elite and mechanized many. But it’s not that simple. For one thing, many increasingly lack the habituation to function as cogs in a machine. We see that at one time in our country mechanized labor—in factories and on assembly lines—was quite compatible, due to unionization, with family and religious life and dignified living in general. It used to be common to take pride in being a reliable cog at work for the sake of a relatively creative and fulfilling life with family, church, and friends—enjoying various goods that technology has made available to us all. Unions, of course, depended on the relatively noncompetitive supremacy of American industry, and unionization is incompatible with the competitive rigor of the 21st global competitive marketplace. Unionization, of course, was also responsible for the disappearance of lots of relatively unskilled or mechanized jobs from our country, jobs that won’t, of course, be coming back as unions fade away. Maybe the most troubling economic fact today is the lack of relatively unskilled or not-all-that-cognitive work available, and so, for one thing, the declining compensation and status for the scarce jobs still available.

Today, due to pathological family life, poor schools, and so forth, an increasingly sizable percentage of the relatively non-cognitive many no longer pick up the discipline even to be reliable cogs, and it’s, after all, not that unreasonable for them to conclude that the jobs still available to them aren’t worth their time and effort. So the middle-class isn’t mainly failing in the direction of mechanization (from locally owned stores or restaurants to Home Depot or Walmart or O’Charleys)—as Marx predicts—but to self-indulgent chaos—including the random enjoyable diversions such as games and Internet porn supplied by screensfacilitated to some extent by government entitlements. When our cheerleaders for our cognitive elite complain that ordinary Americans lack a work ethic these days, they mean they lack the habits and determination and basic skills that are indispensable for relatively mechanized labor. And that’s why our new kind of oligarch is eager to import immigrant guest workers who have those requisite personal qualities, grounded, often, in devout religious faith and strong, resilient families. 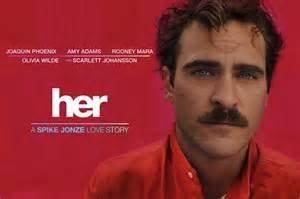 Guest workers are more efficient for many reasons than permanent new residents and eventually citizens, given that the need for them will decrease over time, as their reliably mechanical behavior is displaced by robots. Care for the elderly — a burgeoning burden on our aging society, for example, might well be gradually transferred from our immigrants to robots that look like us and have been programmed to be cleverly sensitive and responsive to human material and emotional needs. They’re already using such friendly robots big-time in that nursing home we call Japan. And the movie Her reminds us why most people might prefer genius Operating Systems to real girlfriends to open up to and with “whom” to have genuinely intimate sexual lives. When I made fun of the relationships displayed in that film on the Big Think blog, more than one techno-nerd responded that I was dissing real love. That might be one piece of evidence that members of our cognitive elite are less free and creative—less deeply personal—than they think they are.