Skip to content
by admin
on June 16, 2014
by Savannah Eccles

“Only a virtuous people are capable of freedom. As nations become more corrupt and vicious, they have more need of masters.” -Benjamin Franklin

A recent article on The Huffington Post titled Gay Marriage in the US: 5 Reasons why the National Fight for Equality is Winning grabbed my attention. The five reasons laid out by Kevin Eckstrom in the article are sound (though not illuminating enough to reiterate in this article),but the deeper reason behind the growing momentum of the same-sex marriage campaign — and similar social campaigns such as marijuana legalization — was simply overlooked. Beyond the obvious cultural shifts in America (Eckstroms Reason #1), a far more fundamentally motivated movement is taking place. This movement can be summed up in the word freedom. Free people are free to make whatever choices they want, and the government has no right to interfere. Liberals and Libertarians alike flock to the sounding call of this Freedom Movement. The real power behind the social campaigns of same-sex marriage, marijuana, and abortion is the Freedom Movement, and the five reasons laid out in the Huffington Post article are simply bi-products. 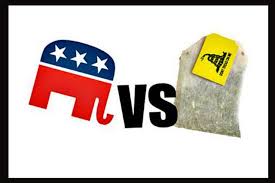 Interestingly, a counter-movement is also spilling over into the public arena. This second movement stems from a deeply religious reaction to the anything goes philosophy of modern social politics. Consequently, the religious right has become more vocal and energized as a political base. The clash between these movements is responsible for the deep division between modern conservatives. Indeed, one could say that conservatives are embedded in a fight-to-the-death civil war. How can the libertarian freedom of choice, action, and thought mantra be reconciled with the morality or bust cry of the religious right? The only possible bridge, or mediator, between the libertarian camp and social conservative camp is also the product of their mutual coexistence; it is both a cancer and a cure for the conservative civil war. The answer is the principle of self-government.

The practice of government by consent is the quintessential political right. The key words from Lincolns most famous address “government of the people, by the people, for the people” summarize the philosophy from which a truly free nation was conceived. In government, man is not subject to a king but to himself and, through the democratic practice, his neighbor. Bound by natural laws that regulate mans ability to act on his will, the democratic man is solely accountable for both action and reaction. Thus the democratic man is master of his action and slave of its consequence.

Agency, or the ability to act upon ones will, is the most obvious foundational principle of self- government. This agency extends to the selection of religion, philosophy, career, and location. As such, state-mandated religion, political party, occupation, or residence is not permissible in a system of self- government. The democratic man must decide for himself and his neighbor, through the power of the vote, the social institutions and norms he will uphold. Consequently, the responsibility inherent in self-government binds a man to his neighbor as much as to himself. Truly, the democratic collective, or the mass of free individuals, dictates all political life.

Still, the foundational concept of agency does not ensure the success of self-government. For example, questions regarding market regulation, drug legality, abortion rights, and same-sex marriage display serious flaws in the system of self-government as upheld solely by the principle of agency. On the one hand, the claim of agency in a system of self-government liberates the citizen from traditional moral dictates. Free men in a free country have the right to exercise their rights in harmony with the moral code they select. This would lead to the conclusion that same-sex marriage, abortion, and recreational drug use are acceptable actions as they fall within an individuals moral code.

How then does society reconcile this conclusion with the realities of the free market? If this principle of agency is solely authoritative, regulation of the free market is an illegitimate act of government. Participants in the market are free to make business decisions as their conscience dictates. Unethical and immoral business deals are the right of citizens per the principle of agency.

Yet, financial crashes due largely to unethical business practices have spurned the government into the business of market regulation — thereby undermining the practice of self-government. To provide stability to an anarchical, unregulated market, government has no choice but to intervene. Once a foundation of self-government, unbridled agency inevitably leads to the disruption of self-governance. This relates, in turn, to social issues such as recreational drug use. Government need only institute laws regarding drug use when drug use becomes so prevalent as to disrupt the stability of society. Action is not without consequence in the arena of personal rights. A self-governed people cannot rely upon the government to answer questions of morality without ceasing to be self-governed, but government must fill the void of responsibility vacated by the individual. In other words, law and order will be kept whether by the hand of responsible citizens, or by the hand of government.

If self-government is to be maintained, agency must be regulated by morality. Indeed, self-government requires morality as an imperative, social norm. A democratic system must be based on two coexisting principles: morality and agency. The application of this balance between the two core principles produces a long term, sustainable form of self-government.

Still, present qualms about same-sex marriage, abortion, and recreational drug use remain complex to the political observer. Today, two answers can be found to these questions. Either agency is authoritative and outweighs morality, or morality is authoritative and negates the claim of agency. The two principles are pitted against each other in a winner-takes-all showdown of foundational concepts. One must bow to the other as the bilateral balance of self-government tips completely in the favor of the victorious principle. But, as shown by the free market example, self-government requires that the two principles simultaneously exist as checked and balanced equals.

So, our attention must turn to the cause of this modern tension between agency and morality. Though the liberalized society places too much emphasis on the individuals right to agency, it is the lack of emphasis on morality that has allowed the unbalance of foundational principles. Morality can function as a check for agency only so long as a majority of the people uphold the same moral principles. Without a common moral law, such as the ten commandments, morality becomes relative and loses it functional authority in society. A common moral law does not necessitate the existence of only one religion. Rather, a common moral law requires a common moral ground between the several religions within a plural society. So, while plurality can be a contributing characteristic of democracy, polarized plurality, or a system of social institutions without a common moral ground, weakens the second principle of morality to the point that it can no longer function as a check for agency. Unregulated by morality, agency invariably leads to heavy government regulation, and the practice of self- government decays. 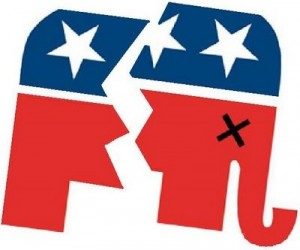 In summary, self-government relates not only to a man controlled by himself and a government controlled by the people but to a society and economy governed by the individual and collective practices of the people. Naturally, the premise of such an ideal is mans right to agency. Yet, the prerequisite to the institutionalization of this ideal is morality. So, while the right to agency condones self-government, the law of morality governs its practice. A functioning form of self-government is the result of a balanced social system of morality and agency. Likewise, the unification of conservatism is dependent on this successful balancing. Until the two conservative bases recognize the great unbalance between morality and agency, and act accordingly, the conservative civil war will undoubtedly continue.