At the end of a long conversation regarding Texas politics, my neighbor, a native Texan, leaned back in frustration and said, “Americans no longer have any idea of what we are supposed to look like. Every issue is taken at face value without any consideration of long term implications. Gay marriage and abortion? Sure, I guess. Why not? Freedom is good.” This lack of direction referenced by my neighbor seems to be a symptom of the progressive infestation in the political arena. 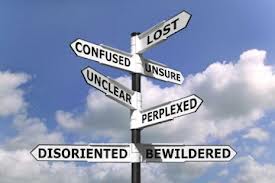 But what was America supposed to look like? At the very basis of American government lies the premise of natural rights. All men are endowed with certain inalienable rights that come not from government but from God.

We hold these truths to be self-evident, that all men are created equal, that they are endowed by their Creator with certain unalienable Rights, that among these are Life, Liberty and the pursuit of Happiness. That to secure these rights, Governments are instituted among Men, deriving their just powers from the consent of the governed (Declaration of Independence)

In a more modern terminology, man does not derive his worth from participation in society but from simply existing. No man, regardless of perceived superiority or social class, can take from, or give, a man his rights. However, he can infringe upon those rights. Thus governments are created to protect mans natural rights to life, liberty, and estate. As such, governments derive all authority from the consent of the governed and lose authority once the public consent is retracted. Moreover, the extent and capacity of government should never exceed beyond that which is required in fulfilling the purpose for which it was initially created: the securing of the lives, liberties, and estates of its people. The constitution is the designated safeguard that ensures that the power of government is only exercised in pursuit of the common welfare (an unfortunately mutilated phrase at the hands of progressives) and protection of rights. 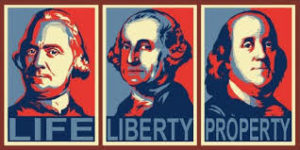 With this philosophical depiction of what America was intended to look like in mind, we can return to the question of progressive infestation. More than 120 years after the introduction of the American progressive era, the foundation of Progressivism has almost entirely replaced the natural rights foundation championed in 1776. Indeed, progressive theory has so deeply encroached upon the original foundation that it has even hijacked the ideals of liberty, equality, and freedom from, and thereby partially assumed the identity of, the original author- natural rights theory. Yet, instead of highlighting the pre and post existence of man to the state, this progressive foundation limits a mans existence to the time between his entrance and exit from the society. Consequently, liberty, equality, and freedom are quite removed from their original meaning.

Unfortunately, the modern foundation of Progressive Historicism, unlike Americas original foundation, cannot provide long term stability. This foundational deficiency is due, in part, to the lack of determined destination. Simply put, progressives do not know what the ideal society will entail, but demand that society must continue experimenting until the solution is found. Yet, society cannot look back to the past, or the Constitution, for guidance in this journey because society has already progressed past that point. Thus it seems that our progressive foundation has, ironically, rid us of our bearings. We cant look back, but we have nothing concrete to look forward to either.

Consequently, Americans live in the political short term- equating banter between pundits to political philosophy and focusing on the goal oriented social issues that produce the sensation that we are progressing somewhere. For example, in such a political atmosphere, gay rights are societal proof of freedom, equality, and, most importantly, progress. Similarly, a womans rights no longer mean the political recognition of her inalienable rights to life, liberty, and property. Instead, a womans rights mean the social approbation of her right to abort a pregnancy and receive all expense paid birth control. These rights would prove progress, and all progress is good in an ever improving society with an ever progressing morality. Essentially, society lacks the sight necessary to determine its distance from the destination, so it gauges progress through reaching its own selected, invented landmarks. In other words, we are the blindfolded, dizzy kid exhausted by his attempts to pin a tail on a donkey that hes never actually seen and may not even exist. 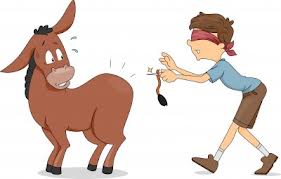 Eventually, the blindfolded, dizzy kid becomes disillusioned by his pursuit of the donkey. Though he has been told countless times that he is getting warmer, or growing closer to his target, the boys patience runs out, and he leaves the party. Like the blindfolded boy, Americans are running out of patience in the quest for a perfected state. Even as equality gains victories, the promised results of such progress are nowhere to be found. Rather, the pursuit of equality becomes even more demanding as the definition expands past basic political rights. Naturally, such a lack of results tries patience and leads to partial political disillusionment. The implications of this partial disillusionment are two fold. First, the moderate majority of Americans lose faith in the political system, and they stop participating. Second, political parties are pulled to the extremes and drastic solutions are demanded by the loud minority. Unfortunately, the proposed solutions are unwittingly aimed at the symptoms instead of the actual disease.

For example, a repeal of Obama-care proposed solely on the platform of fiscal responsibility will not prevent a similar universal health care bill from cropping up again in the near future. The progressive basis of universal healthcare will remain even after the bill is repealed. The solution then proves to be no solution at all. How can a people maintain faith in a system that is constantly needing repair just to keep afloat? Without a solution, the system will be thrown out with the progressive foundation in tow. Thankfully, this total political collapse is avoidable if the solutions aims at, and are based on, pulling out progressive roots. In the case of Obama-care, a repeal must be proposed on the platform that the role of the state is to protect basic natural rights not to provide for the total temporal salvation of each citizen. Charity and morality are individual acts of agency not mandates. Individuals compelled to be charitable are not necessarily charitable individuals. In short, the enlightened state does not improve the natural man, the enlightened man improves the state.

In concluding with the pin the tail on the donkey analogy, the blindfolded boy does not need to leave the party. Instead, the boy can simply remove the blindfold, recognize that the purpose of the party is not the donkey getting its tail back, and go eat ice cream.