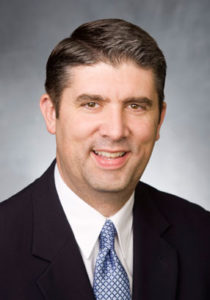 Dr. Holland has always been a leader in higher education. He currently serves as the President of Utah Valley University, and was previously the associate director of BYUs London Study Abroad Program in 2008.  Dr. Holland has taught a variety of courses including American Heritage, Modern Political Philosophy, and Public Ethics. Since 1996, Dr. Holland has worked as a part- time independent management consultant. He also worked as a special assistant to Governor Michael O. Leavitt from 1992 to 1994 and as Chief of Staff to the CEO of the Monitor Group in Cambridge, Massachusetts from 1992 to 1994.

Dr. Hollands work has been published in several articles, books, and presentations.  He has also received several professional awards and recognitions.  He and his wife, Paige, are the parents of four children Jake, Mitzi, Grace, and Daniel.